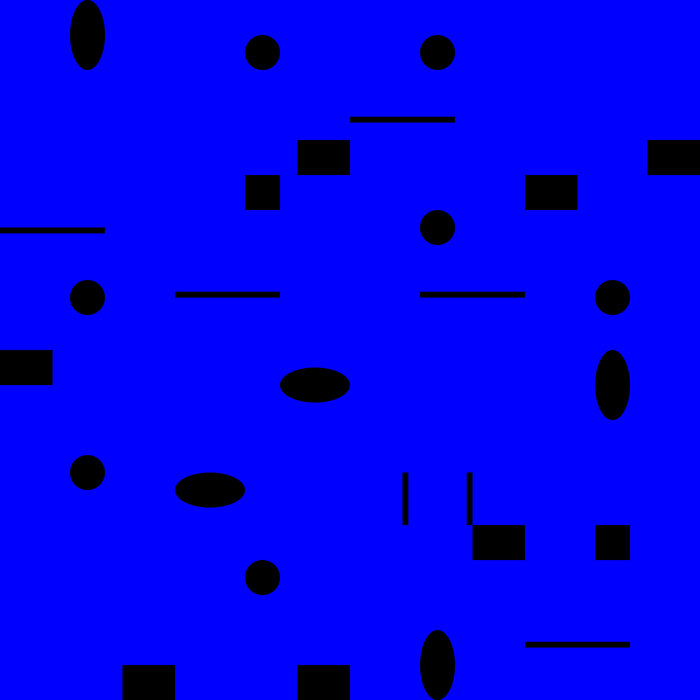 Prolific and unpredictable, Upgrayedd Smurphy draws on turbulent urban atmospheres and her own emotional inner space within them to make a sprawling, textured techno coursing with bass, rage and serenity.

While she played on Casios and turntables as a kid and later joined synthpunk band Post-Pastel and acid-house-pop group Supermad, Jessica Smurphy never expected herself to DJ massive #CDMX parties, propelled by the excitement of live performance. As DJ Smurphy, her off-kilter, anti-genre sound brought her into a community of electronic boundary pushers and transformers. Her album A Shapeless Pool of Lovely Pale Colours Suspended in The Darkness manifests its name and more – speedy atmospheric patterns elevated by echoing synth lines and vocals. She recently spent time living in south Los Angeles, a perception-altering experience that's heightened the intensity of her music and inspired Upgrayedd Smurphy, an enhanced name to match a sound she's upgraded in depth and scope – with her HYPNOSYS release, she intertwines wide awake external urban chaos with personal subconscious complexities.

This piece is a mutation from a series of mutations of productions. It started from #PENINSULA (my self release upcoming album), which is an interpretation of the experience of living in the tropical Peninsula de Yucatan, in Mexico. This album explores different rhythmic sounds in order to make a whole dance piece that fully stimulates the spectator to move, since I personally loose mobility during my stay in the peninsula, I created this music to stimulate others and my own body to move. It's also in this piece where I integrated the act of dancers during my live shows, to create an extension of my own body and communicate more thru the music and body movement.

The live experiment went really well, we got really good response from people, and us – dancers and me – loved to worked together, then we collaborated in two other different pieces that they presented as live performances for theater. The first play was AVATARS presented by Dilery Sanchez and Dalia Xiuhcoatl, young talented dancers from Mexico, they presented a choreography inside of a placard at the facade of La Teatreria theater, in colonia Roma, Mexico City. The concept of this was the avatars that people create to face social media and its relation with technology, here the music mutated to a more abstract experimental kind of production, coming from the dance rhythmic beats from #PENINSULA.

IDM (INTERNATIONAL DANCE MACHINE) was the second piece, directed by Dilery Sanchez and Azhreel Sierra, and with the collaboration of more dancers, actors and lighting artists. The concept of this piece was a mixture of androgynous and animal corporality with the interaction of abstract black and white geometric light/laser show, presented in Contemporary Creation Contest in Mexico.

I took the initials of the original piece and mutated them into a new name #InterDimensionalMagic as a parallel meaning for the musical part of this performance. The inspiration for this name is how music can mutate into totally different pieces for totally different shows, situations and people, coming from the same source, as well how music can be interpreted completely different when more artists are involved. The essence of each of the artists gets injected into the pieces and the results are richer, I see that phenomena as magic, since the life energy and creativity of the people is what gives the music a path and a sense.

Longform Editions is the last link of a chain of collaborations that makes this pieces go through almost different dimensions. It was meant to be that the piece was originally 20 minutes long for the performances and I saw an opportunity to mutate it and put it out in a Longform platform that’s more for deep listening. It went from an album format, to a festival show, to a live performance on the streets, to a formal contemporary dance play, to a deep listening release.

Trespassing borders and absorbing the creative forces of all the ones involved. I found it amazing the ways these pieces have been shifted not only musically, but also through different platforms and formats. In this last one, the music takes you to places, it's not anymore the beats from the #PENINSULA, it takes you to different dimensions, shapes, scenes and feelings, I would say that this piece has it's own consciousness and I am only a medium that has the tools to let it transform freely in order to be more than the production of a single musician.

#InterDimensionalMagic is the result of mutations with the intervention of several creative energies.