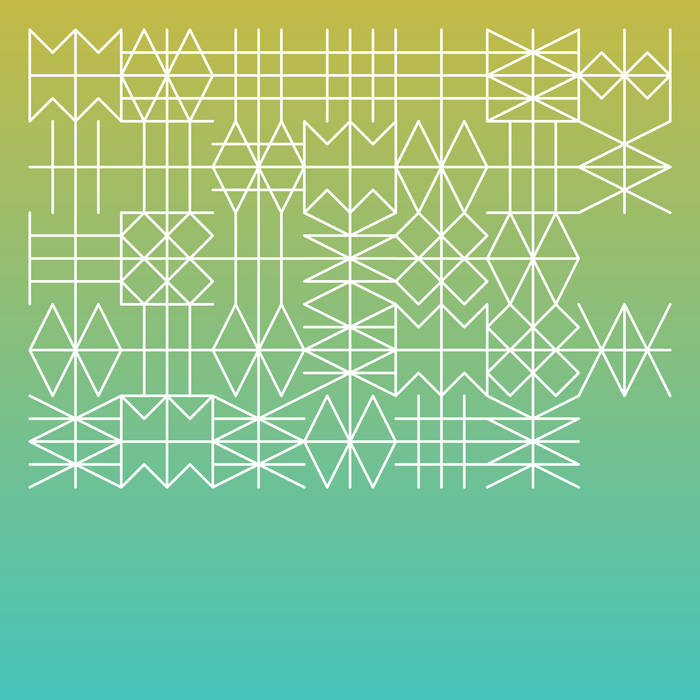 polinos Transforming and transformative composition, evolving hypnotically over its 39.09 minutes towards a state of total relaxation. Good as a meditation tool, even better as a piece of well-composed music.

dag_nabbhett my young daughter and I used to swim in lake tahoe. memories of the fridged alpine water, blazing hot sun, gulls and sandpipers all manifest themselves with this piece of pure bliss out.

Anthony Childs Extremely impressed. The kind of recording that manages to start beautifully and continues without seeming to change significantly while one's attention keeps gradually deepening to an almost devotional level (surely one of the most deserving of the "devotional" hashtag that seems otherwise to be thrown around a bit haphazardly these days). I'm almost afraid to seek other music by Nicholson: how could it come close to being this good? Ridiculous, I know. TOTALLY looking for other releases.

Matthew Liam Nicholson (b. 1977) is a composer and recording artist, originally from Australia, now living in the mountains of Northern California. His work is grounded in a universal mysticism both gritty and ecstatic, and has been noted to blur the lines between improvisation and composition, between song form and sound art. His music has been called “a foray into transcendentalism”, that “stretches the ethereality of dream-pop into blissout” (Pitchfork) and “reverent, expansive, magical realist folk music” (Uncut) with a “clear, authorial voice” (Wire). His previous bands include AT/ALL, Function (Ensemble), Outshine Family and The Golden Lifestyle Band. From his bizarre teen tape collages mixed with shards of early songs to expansive recent works, Nicholson creates unique, beautiful realms into which the listener is invited. For the past decade he has been working primarily as composer for film and media arts, recently spending five years working in Los Angeles. His original compositions are featured in film, TV, media and art installations around the world. Nine Movements is the first release under the artist’s full name.

‘Nine Movements’ was composed to be performed and received in an immersive, meditative, comfortable setting, indoors or outdoors, most often horizontally. It is intended as an instrumental guided meditation and invocation, to relax, engage and balance the being. The harmonic relationships throughout are generally designed to be heard or felt by each bodily energy centre in ellipses throughout the 39 minute piece. Whilst it also works played quietly, it is intended primarily to be listened to fairly loud in a single full session, as a sequence of nine movements—and such that the sub bass and frequency stacks can be felt in the physical, emotional and mental and bodies as much as heard through the ears.

Earlier versions of ‘Nine Movements’ were performed to audiences sound bathing under the stars, in gardens, yoga centres, halls and homes, with my partner Michelle and other guests—and was featured in full multichannel spatial audio for a week at a massive outdoor temple at Burning Man. The lockdowns put a halt to our performances, but created space for the piece to be embellished and completed for release.

The many singing bowls that form the base of the sound bed were recorded previously in Australia in a regional community hall with a small group, for use in my score for the multimedia component of an installation in the Bargello National Museum of Florence, Italy. I took some of my favourite sections of those recordings and arranged them in a series of movements—and began adding layers of tones that worked with the often complex and strange harmonic relationships between the metal bowls. The first big sound that drops in the first minute, signalling the beginning of the meditation, is one of the largest and oldest singing bowls being circularly played, which took three people to lift.

Apart from the natural harmonics of the singing bowls upon which the composition was built, the main body of harmonic tones moving and floating throughout, are many tone swells generated from my acoustic guitar, amplified, processed, stacked, delayed, looped, re-sampled—shifting clouds of harmonic layers passing by, creating a constantly changing harmonic field guiding the listener through the meditation. The musical guests we had performing didgeridoo and saxophone at the live shows also performed on the recording. The piece also comprises field recordings collected from around the world. The combining of sounds from multiple distant points in time and space, into a single immersive audio scape, has always interested me as an experimental, evocative process.

Los Angeles is home to such an intoxicatingly rich swathe of humanity’s creativity—magnetised there from all over the world. LA native Miguel Atwood-Ferguson was one particularly exceptional human to cross my path there—we hosted a number of live string salons with Miguel in Los Feliz, which were always magic. I was thrilled and honoured when he responded strongly to an earlier version of Nine Movements and added his violin layers, taking the piece to entirely another level and initiating our ongoing collaboration. Miguel introduced me to his long time friend Carlos Nino, who also responded to the piece and added his layers of perfectly timed sensitive space percussion, which completed the textural palette of Nine Movements. Another of my favourite humans in LA, John Hendicott, an English spatial audio expert, completed the mix with me and mastered the album.

Whilst dreaming I occasionally hear, and merge with, ecstatic, complex multidimensional celestial music whose origin is a total mystery to me, and is not able to be transcribed or often even quite understood upon return of the waking state. But it sure is inspirational, I think I’m less its composer than an interactive participant. Extended deep listening experiences have been essential to my development as artist and human. Initially, the punk/experimental/rock music community I came from in Australia in the 90s spawned many noise acts whose effect was some combination of duration and wild volume, which could be extremely transporting when done right. I’ve since been involved in a lot of scoring for film and long form art installations, as well as chanting and long form sacred musical offerings with mostly Indian musicians, all of which use extended duration as primary means. Durational participation, the commitment to a piece of art or music for a set time, allowing oneself to go through a process in relation to the art, tends to get lost in the world of expendable content, and it is obviously very important for the communication of serious ideas and artistic transmissions. We now live between two spring fed mountainside creeks and the sounds of the water are constant—becoming the field replacing silence. As a strongly auditory person, and closet researcher of ET phenomena, I feel that I’m just beginning to learn of the possible scope of the virtually unlimited powers of sound. Therein lie many mysteries which intrigue me. As my own practice of life and meditation deepens, so does my practice of listening. Deep listening these days to me also refers to the process of intuition and trusting it—listening to the deepest parts of oneself in order to harmonise with the Whole. As we further wake up as a species I’ll bet that the importance of sound and frequency cannot be overstated. We are porous beings and pure sound to me is the most sweetly invasive medium. It can be designed in a practically infinite number of benevolent ways and that certainly interests me. Hopefully my recorded work can transmit something of the mystery, depth and beauty that is native to everyone.