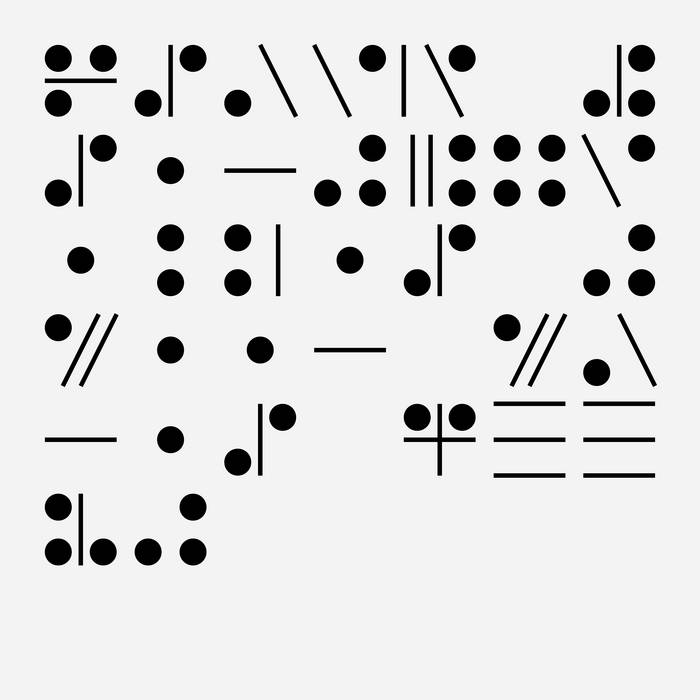 debashis sinha Apart from being someone who makes perfect music, Frank Bretschneider is a super person. He's taught me a lot about making music. Most excellent work as always from this craftsperson.

Frank Bretschneider is a musician, composer and video artist in Berlin. His work is known for precise sound placement, complex, interwoven rhythm structures and its minimal, flowing approach. Bretschneider’s subtle and detailed music is echoed by his visuals: perfect translated realisations of the qualities found in music within visual phenomena.

Bretschneider was raised in Karl-Marx-Stadt (now Chemnitz), where his aesthetic developed as he listened to pirate radio and smuggled Beastie Boys tapes in the former East Germany. After studying fine arts and inspired by science fiction radio plays and films he began experimenting with tape machines, synthesisers, and modified guitars in 1984, as well as exploring the possibilities of exchange between visual art and music by various means such as film, video and computer graphics.

Bretschneider has released his work (in addition to raster-noton) on various labels including 12k, Line, Mille Plateaux or Shitkatapult, and contributed to some well-known compilations like CLICKS & CUTS on Mille Plateaux and raster-noton’s 20' TO 2000 series, the latter won the Ars Electronica Golden Nica. His album RHYTHM was among The Wire magazine's top releases of 2007.

Besides his commitments as a musician, Bretschneider is an accomplished producer: his production "In The Woods There Is A Bird…" for Olaf Nicolai won the prestigious Karl Sczuka Prize for Radio Drama / Art in 2017.

In July 2014, I spent two weeks at EMS in Stockholm to work with the local Buchla and Serge synthesisers. Two months later, I was invited to explore the 4DSOUND system for a performance at ADE Amsterdam. I thought the EMS recordings would be perfect for a multi-channel sound project, so I cut them into pieces and moved them to my Elektron Octatrack sampler. I began to build parts and patterns, scenes and sequences to manipulate the raw material in terms of speed and pitch, as well as filters, delays and loops. And finally, I found myself in an 8,000 m² empty warehouse in Siemensstadt, Spandau, where 4DSOUND was based at the time. After familiarising myself with controlling the complex system, I decided to take advantage of the unique situation and made recordings.

In the end, it's an analogue synthesiser sound source treated with digital sampling technology rendered through a three-dimensional sound system with over a hundred speakers in a thousand square feet of empty space. I'm not sure if it's music, maybe more of a piece of sound design, or a study in space… Everything is constantly moving and changing, suddenly stopping or changing in another direction, forming meshes and grids of sounds and noises again to end up in a repeating loop for a few seconds, or meandering around a core, eventually exploding in a cascade of sound particles. And sometimes it just sounds like Sweet Water Pools…

One of the many functions of music is to listen to it. I grew up in a time when the vinyl album became the most important format, when pop music became prog rock, jazz rock, kraut rock, with many references to and from classical, contemporary and improvised music – music forms in which the long form is the rule rather than the exception. As a listener, I always found it exciting to immerse myself in a torrent of sound that would take me on a journey to new, unexplored areas. With headphones on or in front of two good speakers, at home or at a concert.

As a musician, although I occasionally combine several short pieces into a longer composition, I have always found it difficult to build pieces over 7 minutes. It seems the extended format works better with projects that were not originally intended for release, such as live performances or installation / sound art, like the other two works I've done in the past, which in my opinion deserve the term "deep listening": Kippschwingungen, a piece that uses the legendary Subharchord synthesiser; and Isolation, which was originally composed in 2012 for a sound installation in a former solitary confinement cell.